Renzo Montagliani (b. 1935) came from Italy with his family in 1956 . He went on to open his own shop, Renzo’s Custom Tailors (on Commercial Drive), and dress VIP’s of the entertainment industry. 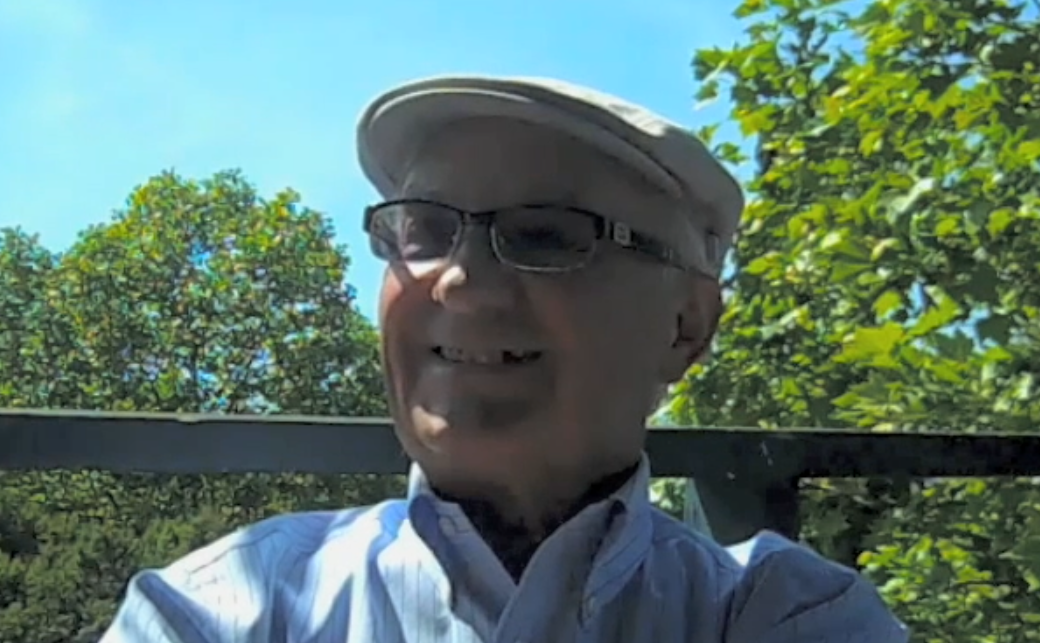 My father was a farmer in Italy. He tamed horses and we had our own farm there. My father wanted to come here because, after the War, he didn’t have a job every month. He worked about three months out of the year as a painter at the beginning. It was a small town, not a big city (in Northeast Rome, Abruzzi region). Up where we lived there was a kind of a ski resort, and my father would pick up the tourists from Rome with a horse and buggy and take them up the mountain to ski, about six kilometers up a steep hill.When we decided to come, we were supposed to be on Andrea Doria, but my father’s visa wasn’t issued in time, so we postponed the trip. He said no, we’re not going to go by water, we will fly from Rome to New York. There was six of us and it cost more money, almost double what we would have had to pay by boat. Andrea Doria collided with Stockholm in the Atlantic Ocean and it sank. A few friends of mine— 2 of my co-workers—were on the boat, going to  North Chester, New York, but they survived. I saw them in 1966 in New York. It was quite a story.

When we came, I worked at first two days—Wednesdays and Saturdays—as a tailor. My brother had to go work at the railroad with my father, and that’s where they worked until ’59 or ’60. I was sick; I had a lot of health problems. In May 1957 I ended up in the hospital for surgery. I lost my job in Downtown at Matz-Wozny, a good tailor. Somebody else had to take over because I lost a month-and-a-half. Then I happened to meet my friend—well, he wasn’t my friend at that time—a gentleman who worked for a tailor at Nelson and Granville. We happened to be from the same region, from Abruzzo. That was on a Saturday, and on Sunday we met each other near Victoria Drive late that afternoon and said “Why don’t we open up a shop?” I don’t know if you remember Grandview Printing at 1464 Commercial. They moved out to Graveley Street, and that’s why we decided to rent the space. The people who owned it used to live in a house in the back. I don’t know if they’re still there or not… no, no Spartana Realty threw them out.

The rent was $65 per month. There wasn’t any heat, and we could smell grease and oil in the back. My friend made a cutting table. There was only one light bulb, because we had no money, and a wood furnace. I used to take newspapers from the box outside on Commercial and burn them.

I made a lot of clothes for people. I have a picture with Fats Domino; I made him a long coat. When I went to Las Vegas, he was so drunk he didn’t even remember me.

I went to The Cave about two or three times per week. We used to make all the suits for the entertainment people, like The 5th Dimension, or my friend Jim Blackley who used to have a drummer business at 3rd and Commercial beside Olivieri’s and he used to teach drums. Afterwards, he went to New York, he was invited to play for Johnny Carson one time. A contract was finally made and he finally moved to New York.

I met Theo Grippo when he came to our shop. He was roasting coffee  in a wood furnace in his garage next door, at Graveley and McLean. They had two houses there, one lot with a pile of wood. I think in ’62 or ’63 he opened the first Continental Coffee  for the neighbourhood Columbus sports team, next door from where Storm Crow is now. He purchased it from the previous owner and put the roaster in the back. Then, way after, in 1979 he opened the second Continental Coffee at 2nd and Commercial. When he purchased the building, Philip Tims was there, but I don’t know if he was doing the printing in the back or if he was just on the side with his camera. The Abruzzi Club was there too, right next door. So that was the first coffee shop on Commercial Drive. Pofi Bar opened later, in ’64 or ’65.

2 Responses to "Renzo Montagliani, Tailor to the Stars"

Lorelei Hawkins (b.1951) was forced to start a new life in the DTES at only 17 years-old after her adoptive... END_OF_DOCUMENT_TOKEN_TO_BE_REPLACED